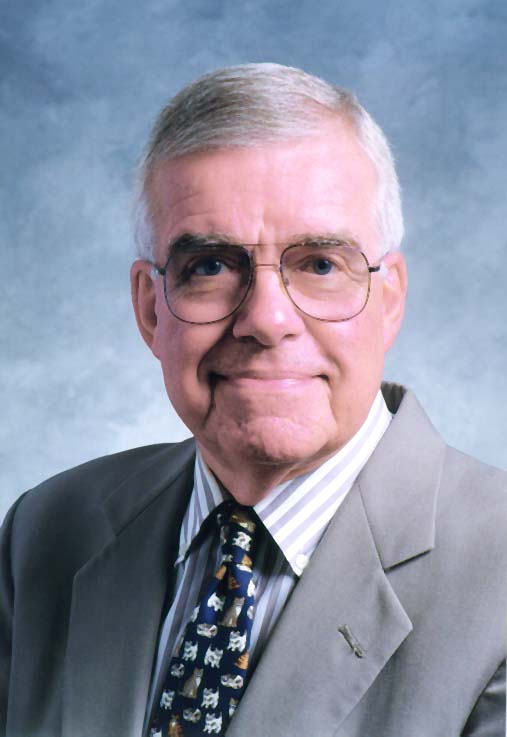 It is with great sadness that we acknowledge the passing of Brother Charles “Chuck” Bowman ps56, who joined Chapter Eternal on August 17, 2020 at age 84. He passed away in College Station, TX after a short illness and a long battle with Parkinson's Disease. In addition to his loving wife, children, and grandchildren, Chuck is survived by a brotherhood whose admiration and gratitude will endure forever.

Chuck’s dedication to Triangle Fraternity is clearly evidenced by his outsized legacy, which continues to enrich Triangle Fraternity generally as well as the Penn State chapter specifically. Br. Bowman earned his spot on the Triangle Wall of Fame in 1997 and was recognized as a Penn State Distinguished Alumnus in 1996 — 40 years after his initiation. He channeled his time and energy back into the organization by serving on the Triangle Education Foundation’s Board of Directors from 2002 to 2014. In 2014 the Foundation honored him as a Director Emeritus. In 2012 he created the Chuck Bowman Chapter Endowment Fund for the Penn State chapter.
After earning his Bachelor’s degree in Petroleum Engineering at Penn State and then his M.S. and Ph.D. at Texas A&M University, Chuck took his industry by storm. He rose through the ranks of Gulf Oil: first as a research engineer and supervisor in the 1960s, then General Manager, Vice President, Executive Vice President, and President. Subsequently, he moved to BP America in 1985 to reprise his meteoric climb to the top job as Chairman and CEO.

If anything, Chuck’s accomplishments following his retirement in 1996 were even more outstanding. His contributions to Texas A&M University include serving as the head of the Department of Petroleum Engineering, securing a $20M endowment for that department, and creating an international campus for A&M in Qatar. In recognition for these efforts, the University named him a Distinguished Alumnus in 2016. Chuck also created several Penn State endowments for energy and petroleum engineering students and early-career professors.

Outside of academia, Chuck funneled his energy into a wide range of worthy causes, serving as Director or Trustee for all of these organizations: Case Western Reserve University; the Cleveland Ballet; the Metropolitan Transit Authority of Harris County, TX; the Center for Strategic and International Studies, a Washington think tank; Cleveland Tomorrow, a nonprofit helping shape the city’s economic policy; the Greater Cleveland Roundtable, dedicated to minority inclusion and multiracial relations; the Cleveland Initiative for Education; and the Cleveland Orchestra and Cleveland Opera.

Those Triangle members who had the chance to meet Br. Bowman were always struck by his positive attitude and his support for the fraternity. He will be deeply missed, even as his lasting contributions to our organization’s success will forever be remembered.
You can learn more about Chuck’s life and legacy in his obituary:
http://www.hillierfuneralhome.com/tributes/Chuck-Bowman

Have a look at the scholarships available and apply today!

You may be eligable for financial aid. Find out more by clicking here.

Get more information about the education and programs for tomorrows leaders!